Vaccination is safe. About as safe as sending a child to school in the United States.

This week, the anti-vaxer movement hit home as I found myself in a conversation with someone who is against vaccines. I did some research so that I could respond to this anti-vaxer’s false claims and hyperbole. In the end, it turns out that getting a child vaccinated is no more risky to that child’s health than being sent to school in the United States. In the state of California, no one is forced to get a vaccine against his or her will, so please choose to vaccinate. 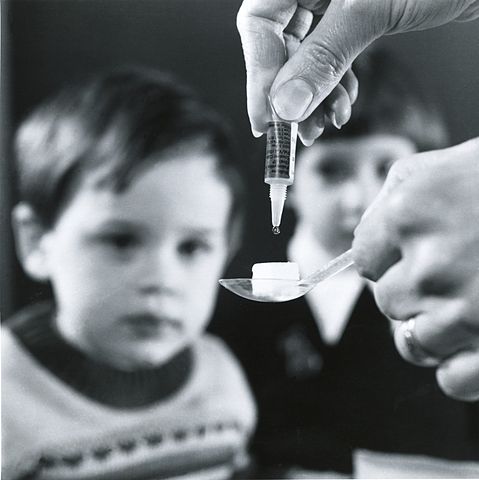 Anti-Vaxer claim: Banning vaccines protects our freedom. The reality: People are already free to live life without vaccines. Parents can even send their children to school without a vaccine (at least in California) by completing a “Personal Beliefs Exemption” form. I think that parents who complete that form are irresponsible and uninformed, but the fact is the freedom to live vaccine free already exists. Making vaccines illegal only takes away the freedom and right to public health of everyone else in society.

Anti-Vaxer claim: Polio vaccines have caused millions of cases of paralysis and transmitted cancer to millions of people. The reality: “Vaccine-associated paralytic poliomyelitis (VAPP) occurs in an estimated 1 in 2.7 million children receiving their first dose of vaccine.” [1] While this means that there is a very low risk of serious side effects, the benefits of vaccination have been tremendous: “…global incidence of polio cases has decreased by 99% – in 2013, 416 cases were reported for the entire year as opposed to over 350,000 in 1988.” [2]

The “Dangers” of Vaccination in Perspective

To put the risk of vaccination into proper perspective, getting a child vaccinated for polio is about as risky as sending a child to school in the United States. During the 2009-2010 school year, there were 17 homicides of school-age youth at school and approximately 49.3 million students, so the chances of a student getting killed at school were about 1 in 2.9 million. [3]